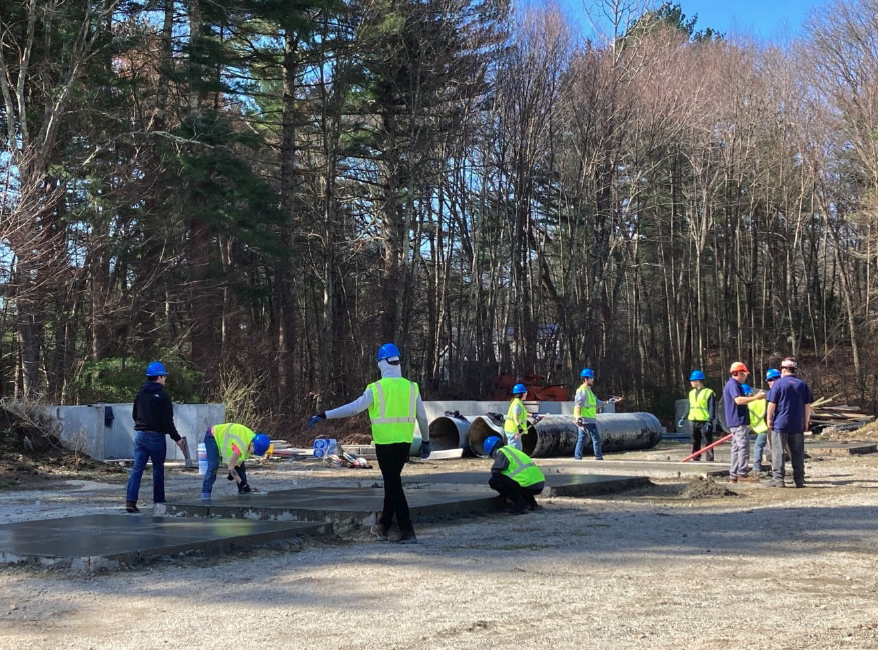 For four days during their April vacation, high school students were introduced to the trades and received hands-on work experience through ‘Tools for the Trades,’ a program of the MassHire Metro South/West region. (Photo courtesy Town of Norwood)

HOPKINTON – Town of Norwood General Manager Tony Mazzucco, as the Workforce Innovation and Opportunity Act (WIOA) Regional Chief Elected Official, is pleased to share that over 20 high school students learned skills and gained experience in trade jobs through a local pilot program, “Tools for the Trades.”

From April 19-22, students were introduced to the trades and received hands-on work experience at the New England Laborers’ Training Center in Hopkinton.

The program was sponsored by the MassHire Metro South/West region and its youth programs, in partnership with the Massachusetts AFL/CIO.

The exploratory, paid opportunity allowed students to see what a career in the trades is like. Throughout the week, they learned about fields such as carpentry, plumbing, operator engineering, laboring and more. Students learned about the fields; experienced common tasks of those trades, including set up and clean up; and met representatives from local building and construction trades, postsecondary training programs and community colleges.

Hands-on work throughout the week included visiting the International Union of Operating Engineers (Local 4) to experience the daily work of an Operating Engineer where they used virtual training simulators and operated construction equipment in a limited manner and under close supervision. On Friday, students learned about and practiced pouring and laying concrete.

Students also learned about safety while working and were provided with boots, hard hats, goggles and vests. They also learned about scaffolding, line and grade work, the hazardous waste often encountered during demolition, and flagging in work zones.

Over 80 students expressed interest in the pilot program and 22 were selected to participate through an application process. The group included students from towns including Norwood, Waltham, Framingham and Marlborough, and were from different high school grade levels. A mix of male and female students participated in the program.

The Metro South/West Board is comprised of business and community leaders who represent the 43 cities and towns in the region. It is funded through several federal and state sources, one of which is the federal WIOA which provides for a variety of training and workforce support services to help meet the needs of employers. The WIOA youth program, Career Connections, works with mostly out-of-school youth ages 18-24, while the state-funded Connecting Activities program works with in-school youth. The staff of the region’s youth programs helped with outreach for “Tools for the Trades” and selected student participants.

Having completed this exploratory program, the students will also be particularly considered for the Career Connections 6-week summer program, SkillsBuild.“There are a lot of jobs in the trades and many opportunities for students who may want to pursue something other than the traditional college experience,” said General Manager Mazzucco. “The goal of the program was to help students learn about the rewarding careers and opportunities available in the trades and perhaps spark interest in a new path, as well as give students a paid learning opportunity to participate in during April vacation. I’m thrilled with the interest we received in the pilot year for ‘Tools of the Trades,’ and hope that we can hold it again in the future. I would also like to thank the organizations that hosted the students, as well as all those involved in coordinating the program and instructing the kids.” 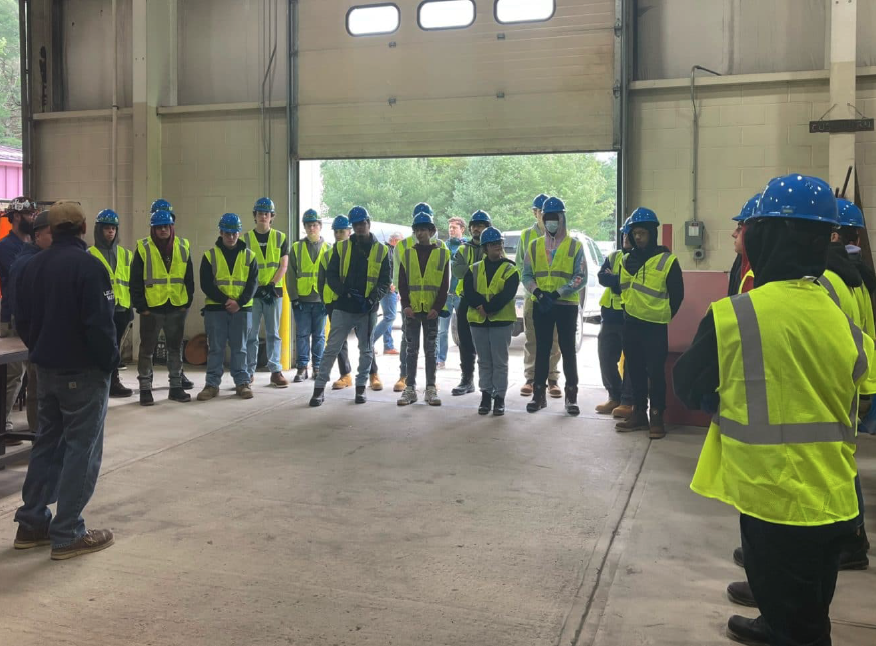 A total of 22 students were selected to participate in ‘Tools for the Trades’ from towns including Norwood, Waltham, Framingham and Marlborough, and from different high school grade levels. A mix of male and female students participated in the program.(Photo courtesy Town of Norwood) 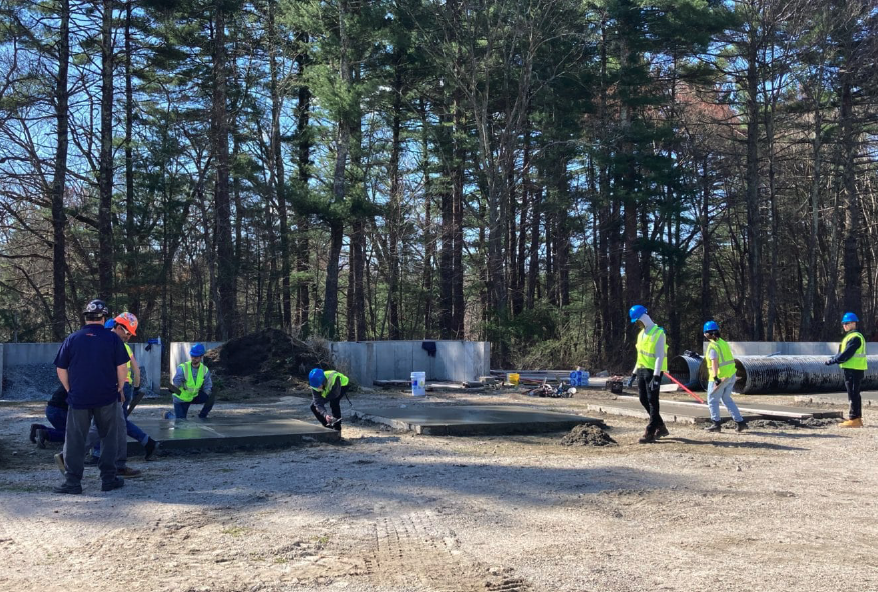 Students learn and practice pouring and laying concrete during one day of the program at the New England Laborers’ Training Center in Hopkinton. (Photo courtesy Town of Norwood)